The resent days has given the world two nice new gizmos to want: The Nikon D90 and the Canon 5D MKII. Both bringing HD video recording to the DSLR market in style. 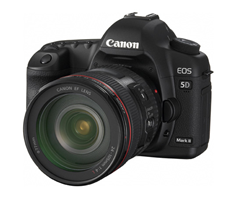 This recent development has made me think of the competition these cameras should give more professional video recording equipment. With a big system of lenses to back up a superb image quality they could be a boon for moviemakers. And Gizmodo just ran an article that touched this topic.

I find it really interesting to see that the DSLRs suddenly start to have similar technical functions to high quality movie equipment. But at the same time it is obvious how different they look. 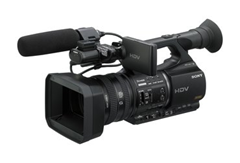 The traditions and expectations of a DSLR is as evident in the 5D as they are in a modern camcorder from Sony.

This is an example of how two different discourses are expressed in their tangible assets. Photography has been about producing the individual image, and film has captured time in sequences. Since Eadweard Muybridge used multiple still image cameras to trigger a sequence of

There is a need to investigate why the modern day cameras look like they do and what, if needed can change the discourse leading into this re-sampling of previous models and use patterns.