Finally i have started on the major project. This first iteration is a wedge into the tangible tree i will try to scale before spring. I try to find a fitting chunk of challenges to fit into the remaining months. Hopefully things will grow more visible than it is right now, but the seeds are at least in the earth..:

I find the term "Use Quality" intriguing when applied to design. In the book "thoughtful interaction design", by Lowgren & Stolterman, the authors try to establish a framework for working with qualities in interaction design as a supporting tool.

"A language of use qualities says nothing about how to design an artifact or how to address its totality, but it may support the designer in her ongoing work of developing a repertoire, an articulation language, and a sense of quality."

Is it possible to decide and implement certain use qualities as a goal for a project before it has started? Will that lead to better results or is the quality of an artifact an intrinsic part of a thorough design process? When and how do you discover qualities within a project? These and probably other questions surrounding quality is on my mind for this project and the supporting article.

"Products exist over time. We meet them, we hang out with them, we live life together"

With Matt Webbs thoughts on products, concerning artifacts with social skills, one can wonder; What kind of networks do they observe? What friends do your beloved cellphone have? Is it a loner or is it well connected? What kind of implications will such a network have? Can new objects be made with a more clearly expressed "social life". Would Darwinism once again come into play if objects got their own social networks to compete in?

"Could our products gossip about one another? "

How can we bring computing into new spaces and away from the screen? Where is it useful and/or interesting to enable computing? What kind of networks exists between products? Can patterns emerging from everyday life generate new opportunities for implementation of RFID technology?

State of the art

The Familiar Stranger, a concept introduced in 1972 by Stanley Milgram, has inspired some very interesting projects. Social networks that can exist without the participants conscious knowledge are fascinating. Projects like Jabberwocky and Bluescan tries to visualise those networks using blue tooth scanning devices (mobile phones). The project Loca:Set to Discoverable takes that even further by connecting and speaking to the participants of such a network. Mapping relations that are not initially clear is an interesting field of work. I wonder what a networks of artifacts looks like. Thinglink.org and Ulla-Maaria Mutanen "Social Objects projects" looks at how to move objects into a social context. Objects are hooked up to a facebook lookalike profile on the web, and by tagging objects with RFID chips their profiles can be read using NFC phones. This gives the creator of a product and the user a closer connection as well as an extended dimension to it. The familiar strangers projects are more object to object centered, and i think thats something i would focus on. How could people interact with an object based social network?

Computers and cellphones have their own networks where they connect to each other with more or less influence on what kind of information they exchange. Any object used for a certain time comes in contact with other products on a frequent basis, just think if what you bring along from place to place throughout a day. Objects that move around on a frequent basis have a huge network of objects that they have met in their life. Just observe a car; in a city it parks with lots of other cars, on the road it travels together with other cars and at home it maybe have a partner it always sleep with. Such a collection of meetings between cars would perhaps generate an interesting map.

In another observation; in my own experience, giving objects human features have a huge impact. Me and Siljes little "Afraid of the dark, Alien" moves from a bunch of wires and a paper cup, into a whining alien by just configuring the facial expression and mapping its output to something recognised as fear of the dark by us (a human trait). This mapping of human features into objects are something that generates emotion; what if something as complex as social behaviours could be mapped into certain objects, what kind of experience would that generate?

This is just a experiment of the mind to visualise some of the objects my mobile comes in touch with on a regular basis. And those products have their own hidden network of object they meet on a daily basis. If connected could that have useful applications?

These diagrams or napkin sketches are made as a to visualise some aspects of embedding inanimate objects with real social networks. It would be extremly interesting to se how humans would intefere with such ad-hoc and autonomus networks. 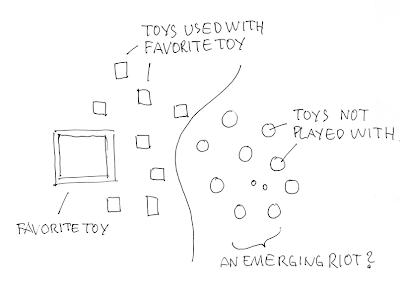 What kind of information could everyday objects share? Are there places where objects with limited capacities can help each other to a common goal? It is obvious to think of complex devices such as cameras, printers and their likes, but does more common objects benefit from some sort of communication? 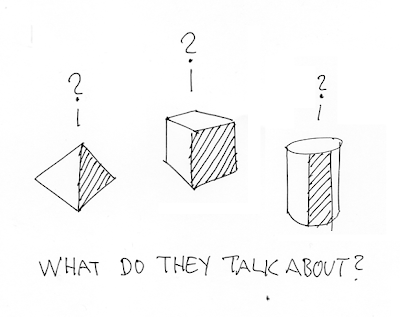 I would maybe try to follow an object and record what objects it meets during a day. In which contexts are the object visible, invisible, in use, inert and where could it communicate with other objects? Put eyes and ears on an object and record its story of the day. Maybe similar to what was done in the "Objects are people too.." project by Jo Waterhouse, but then also interrogate the object at the end of the day. 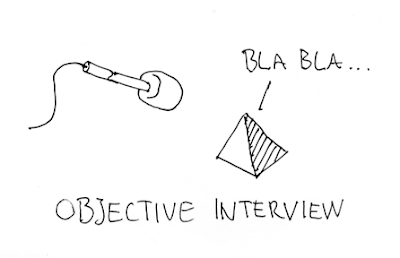